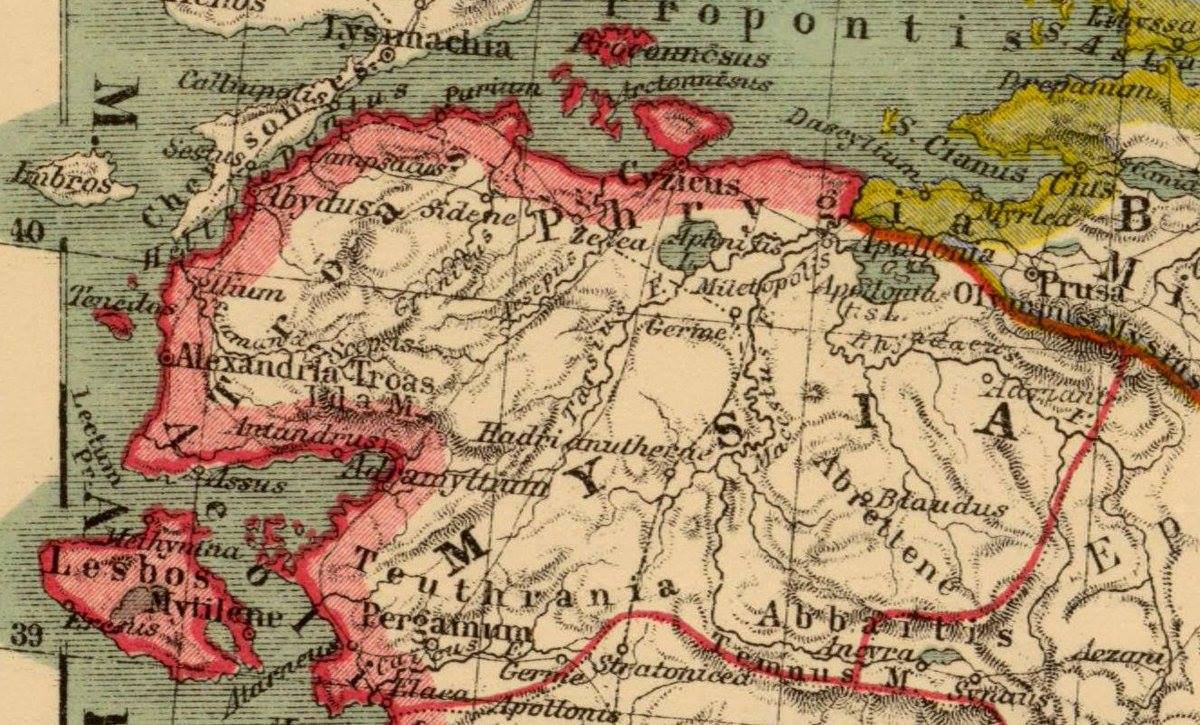 Mysia (UK /ˈmɪsiə/, US /ˈmɪʒə/ or /ˈmiːʒə/; Greek: Μυσία, Latin: Mysia, Turkish: Misya) was a region in the northwest of ancient Asia Minor[1] (Anatolia, Asian part of modern Turkey). It was located on the south coast of the Sea of Marmara. It was bounded by Bithynia on the east, Phrygia on the southeast, Lydia on the south, Aeolis on the southwest, Troad on the west and by the Propontis on the north. In ancient times it was inhabited by the Mysians, Phrygians, Aeolian Greeks and other groups.

Under Augustus, Mysia occupied the whole of the northwest corner of Asia Minor, between the Hellespont and the Propontis to the north, Bithynia and Phrygia to the east, Lydia to the south, and the Aegean Sea to the west.[3]